The 2020 Toyota Highlander and Highlander Hybrid are being recalled due to a fault affecting the side airbags, according to documents the automaker...
Read more
AUTO

You can now build and price a 2021 Ford Bronco

The configurator for the 2021 Ford Bronco is now live, so fans of the SUV can now create and price their own ideal...
Read more
AUTO

Camping with a Rooftop Tent

Over the past few years, I've been fortunate enough to travel, camp, and film all around the World. Usually, I sleep inside a...
Read more
AUTO

Ram published many statistics when it introduced the 1500 TRX, but one part of the puzzle was missing: fuel economy. It finally released...
Read more


On its own, the 2021 Jeep Wrangler 4xe plug-in hybrid is a big deal for the brand and the model line. It’s the most powerful and most efficient Wrangler by significant margins, and it doesn’t give up the off-road capability that makes the Wrangler so special. But another great thing about this hybrid powertrain is its potential to be transplanted into other FCA vehicles.

The ZF eight-speed is available in every FCA product with a longitudinally-mounted engine and rear-wheel drive or four-wheel drive, with variations in the amount of power and torque it can handle. Not only that, but the Ram 1500 and 2500 and the Jeep Wrangler and Gladiator all have powertrains that utilize the non-hybrid version of the 8HP75 transmission specifically. Even the gear ratios for that transmission as well as the 8HP70 used in the Jeep Grand Cherokee, Dodge Durango, Dodge Charger and Chrysler 300 are nearly identical to those in the 8HP75PH. And a Fiat-Chrysler representative confirmed that the transmission portion of the hybrid drivetrain is basically carry-over from the regular 8HP75. So a transplant could be a relatively simple process. 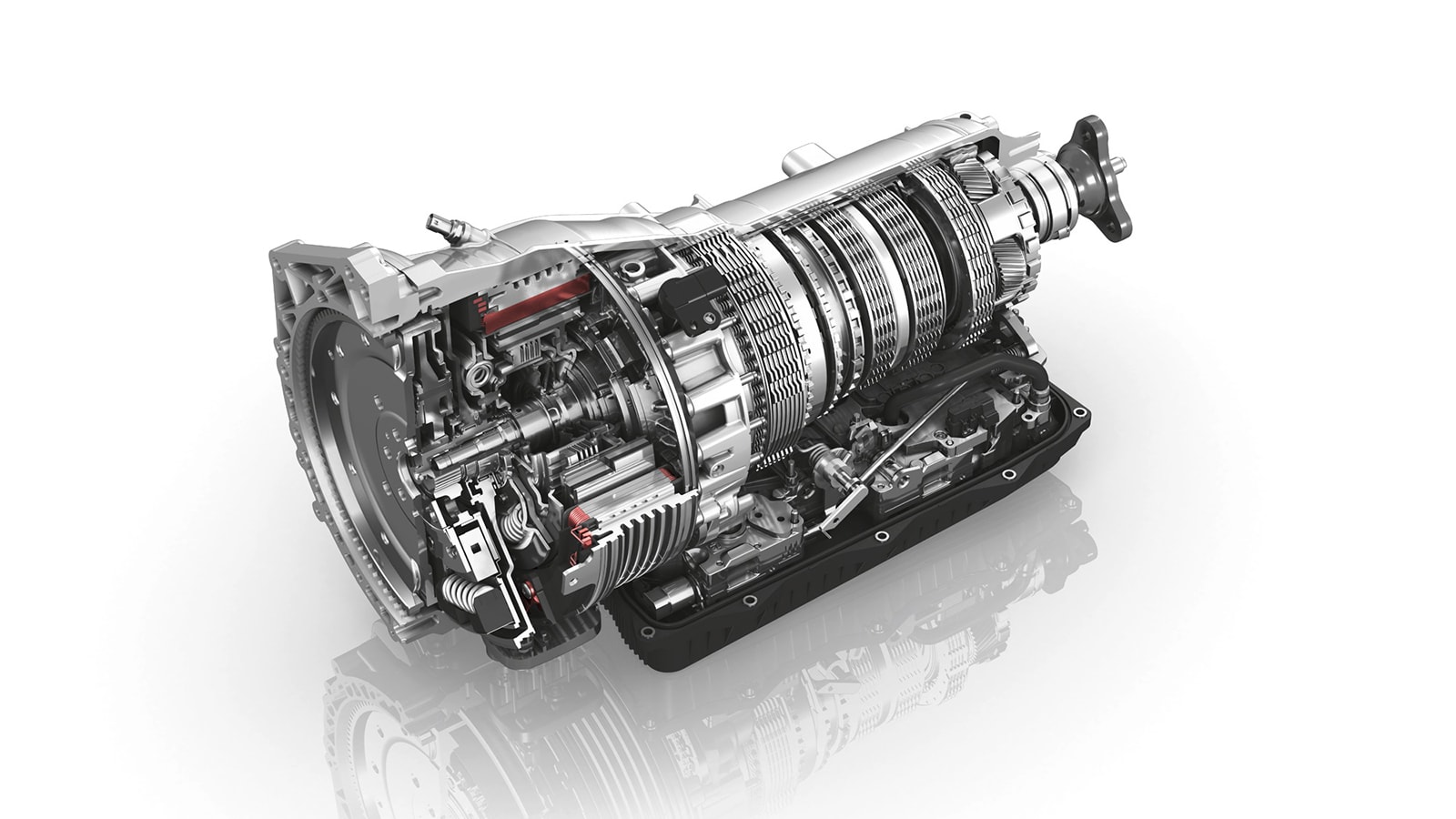 As for which of these models would be the most likely to receive the hybrid powertrain first, the Jeep Gladiator and Ram 1500 would seem like good bets, since they likely have the most similar transmissions, and the Gladiator in particular because of its closely-related underpinnings to the Wrangler. Both are also highly profitable trucks that sell well and could justify the development costs of adapting another powertrain. And in the case of the Ram, there’s the impending F-150 hybrid to think about. Although Ram isn’t going after a fully electric model, a PHEV could be a nice middle ground.

A potential limiting factor would be whether the hybrid powertrain would be sufficiently robust to handle heavy payload and towing demands, particularly over longer periods. In the Wrangler 4xe, the tow rating is just 3,500 pounds and payload is 1,280 pounds. However, those numbers also align with the diesel and gas V6 Wrangler, and those engines provide more truck-like capability in the Gladiator. Certainly payload numbers are more limited by chassis and suspension, both of which are burlier on the Gladiator and Ram. As for towing, the FCA representative noted that cooling is a key factor. Neither truck offers the four-cylinder, so we wonder if the four-cylinder, and potentially the battery pack, would need some cooling enhancements, or perhaps the hybrid drivetrain would need to be paired with a different engine like the V6.

As for the Charger, Challenger, 300, Durango and Grand Cherokee, next-generation versions of those vehicles seem like solid potentials for the hybrid powertrain. And with the cars, there wouldn’t be the requirements to meet severe towing or payload benchmarks. We also quite like the idea of one of those cars with as much power as a 5.7-liter model but vastly better fuel economy. It might not make sense to adapt the drivetrain to them right away, simply because all five of those models are very old at this point.

Long story short, we see lots of potential in the Wrangler 4xe powertrain. Its impressive power and economy would make it appealing in nearly any rear-drive or all-wheel-drive FCA product, and its use of existing components should make it easy to implement. We can’t wait to see where it ends up.

From birds that can fly for months on end to giant redwoods stretching hundreds of feet into the air, the natural world inspires...
Read more

A general view of a Australian flag is seen during a welcome ceremony for Australia's then Prime Minister Julia Gillard outside the Great...
Read more

You don’t have to buy a new car to get a range upgrade from Tesla, at least for the right model. Electrek reports...
Read more

Dr. Sean Conley, the White House physician, said in a letter that he would keep a "vigilant watch" over President Donald Trump and...
Read more
TOP NEWS

Older Americans are selling the stock market, slowly but ceaselessly, to junior generations

Baby boomers own an outsize helping of the market and are constantly reducing it, a process with significant implications for the supply and...
Read more
TOP NEWS

SINGAPORE — Oil prices have plunged during the pandemic and the sector's crisis could get worse as new investments are unlikely to flow...
Read more

Google signage.NurPhoto | Getty ImagesWhen Google announced last month it was pulling the plug on a lease for a new office space in...
Read more
WORLD NEWS

SINGAPORE — One Standard Chartered Bank analyst warns that the greenback is vulnerable to a "significant depreciation" as sovereign fundamentals appear to be...
Read more

‘Wonder Woman 1984’ delayed, will arrive in theaters on Christmas

Apple revised its App Store guidelines on Friday ahead of the release of iOS 14, the latest version of the iPhone operating system,...
Read more
TECH