The Nissan Z has an illustrious history, and while the first-gen 240Z has long been recognized as a milestone sports car, and the 1990s version for its technological prowess and timeless design, the 300ZX of the 1980s is less celebrated. But we’re digging this 1986 example, up for auction right now on Cars&Bids, which in addition to being super sharp, has all kinds of ’80s mojo working.

The third-generation 300ZX made its debut in 1983, with all-new flat-plane styling and a wedge profile. It traded the previous inline-six for V6 power, with naturally aspirated and turbocharged offerings. Again, the Z was offered in two body styles: two-seater or 2+2. This 300ZX is the ideal combination of the two-seat body, turbocharged engine, and five-speed manual gearbox. It also has T-tops, an ’80s must, and we’re digging the pop-up headlights and turbine-style alloy wheels. 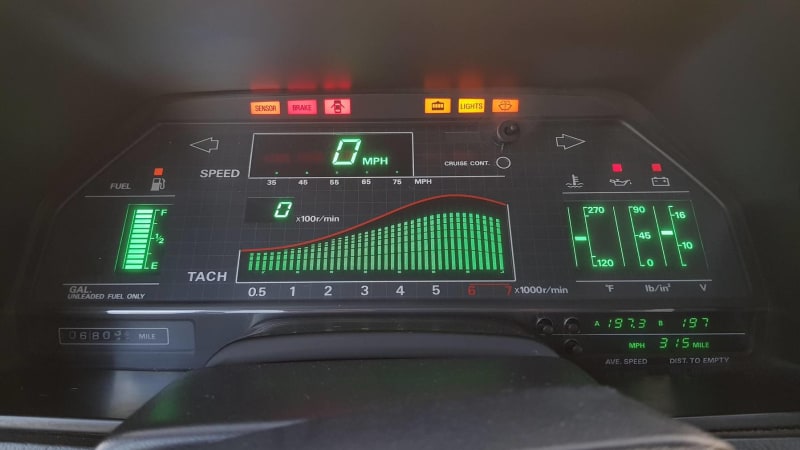 Moving to the interior, the centerpiece is the retro-futuristic digital instrument cluster. Other period delights include “TURBO” stitched into the leather seatbacks and the gathered-leather door inserts. And judging by the number of buttons for that stereo — with graphic equalizer! — you just know your Madonna, Kenny Loggins, and Bon Jovi cassettes never sounded better.

With a California history and mileage at only 68,000, this 300ZX seems like a bargain at the current bid of just $9,500. There are five days to go in the auction, though, so we’ll see if this Z car gets the love it deserves. Meanwhile, you can relive some of the excitement of the 300ZX launch with the TV commercial below.

Take a look at some of the biggest movers in the premarket:Zoom Video (ZM) – Zoom reported quarterly profit of 92 cents...

02 September 2020, Berlin: Technology entrepreneur Elon Musk arrives with a face mask for the executive board meeting of the CDU in Westhafen....

$300 unemployment benefits may not arrive till April, says Labor Dept.

WHO investigators say Covid origins could be known within few years

What it is, why it’s risky and how a ‘squeeze’ happens