President-elect Joe Biden, seen here during an event Saturday, will begin his course of COVID-19 vaccinations on Monday. 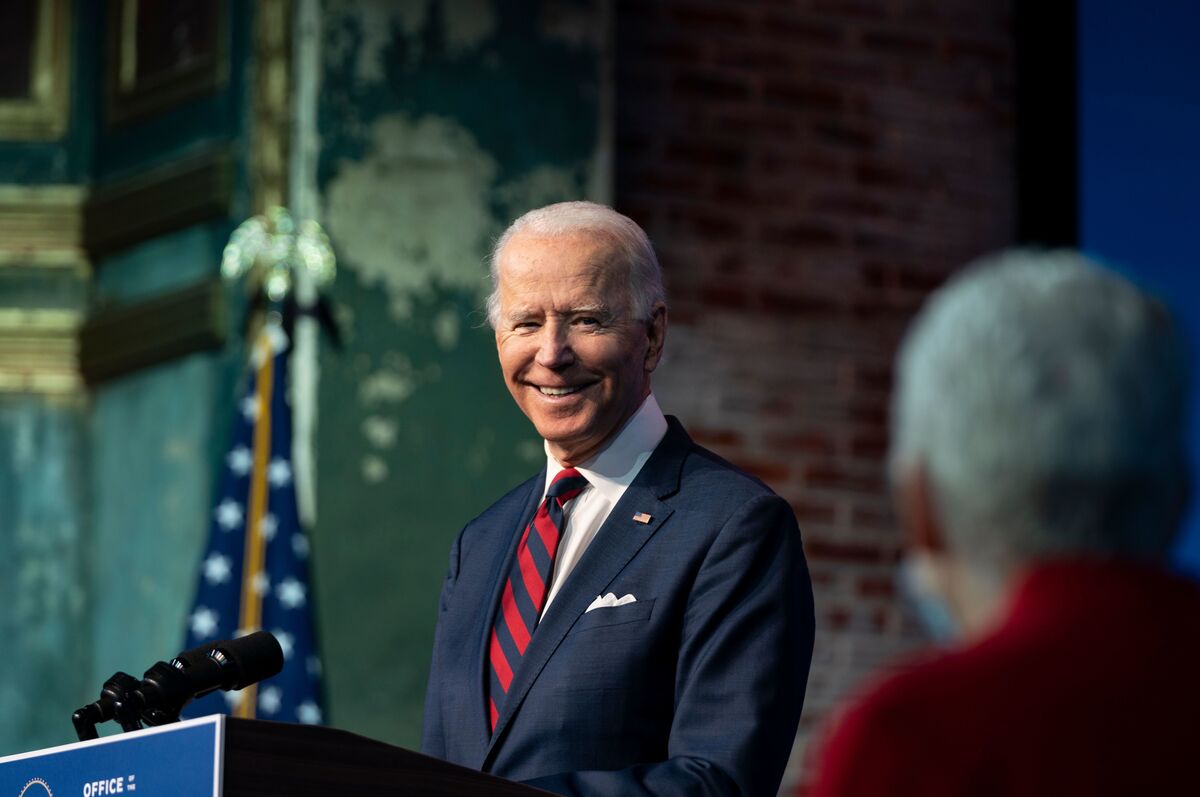 President-elect Joe Biden, seen here during an event Saturday, will begin his course of COVID-19 vaccinations on Monday.

President-elect Joe Biden and incoming first lady Jill Biden will both publicly receive their first doses of a COVID-19 vaccine in Delaware on Monday, as the death toll from the disease nears 320,000 in the United States.

The president-elect has set a goal of distributing 100 million vaccine shots in the first 100 days of his administration.

Biden and his wife will join a growing list of political leaders who are sharing videos or photos of themselves getting vaccinated in an effort to boost public trust in the efficacy and safety of the vaccines that have been authorized for emergency use. The federal government has allotted vaccine doses to officials according to continuity of government protocols.

Vice President Pence, along with second lady Karen Pence and Surgeon General Jerome Adams, were administered their initial vaccination shots during an on-camera event on Friday.

“Vaccines are how we beat this virus,” Senate Majority Leader Mitch McConnell, R-Ky, tweeted on Friday, after receiving his first shot.

Now back to continue fighting for a rescue package including a lot more money for distribution so more Americans can receive it as fast as possible. pic.twitter.com/kSBhI3EzzM

House Speaker Nancy Pelosi, D-Calif., also shared photos of her vaccination, reminding the public to continue to follow social distancing guidelines and to wear masks as the vaccine is being distributed over the next several months.

Today, with confidence in science & at the direction of the Office of the Attending Physician, I received the COVID-19 vaccine. As the vaccine is being distributed, we must all continue mask wearing, social distancing & other science-based steps to save lives & crush the virus. pic.twitter.com/tijVCSnJd7

Biden is 78, an age that puts him at higher risk of severe symptoms, should he catch the disease.

A Centers for Disease Control and Prevention panel on Sunday recommended that people over 75 be among the group prioritized next for a vaccine, following health care workers and residents and workers at long-term care facilities.

Louisiana Rep. Cedric Richmond, who will lead Biden’s Office of Public Engagement, tested positive for the coronavirus last week. He did not have close contact with the president-elect prior to the positive test, an aide said.

According to a December NPR/PBS NewsHour/Marist survey, 61% of Americans say they will take a vaccine when they are able to, up from 49% in September.

Among those most reluctant to get the vaccine are supporters of President Trump, people who live in rural areas, and people without college degrees.

The White House has not said when Trump or first lady Melania Trump, both of whom were infected with the virus earlier this year, would receive the vaccine.

Vice President-elect Kamala Harris is expected to begin her course of vaccination next week.

Former Goldman Sachs CEO Lloyd Blankfein sees speculative elements across markets for stocks and bonds.Blankfein, a billionaire who served as Goldman's CEO from...

The 32 Most Nutritionally Dense Vegetables According to the CDC

The Ferrari 488 GT Modificata Is the Newest Track-Only Ferrari

Last year Ferrari unveiled the 488 GT3 Evo, a refined and massaged version of the 488 GT3 racecar that made its debut in...

The Senate on Saturday voted to begin the process of calling witnesses as part of the second impeachment trial of Donald Trump, creating...

GameStop, stock market can be fun but be careful

EU, UK in talks over supplies after new export rules

Disney says it now has 94.9 million Disney Plus subscribers