Disneyland and other California theme parks remain closed due to the coronavirus pandemic… even as theme parks in Florida have been open for months. 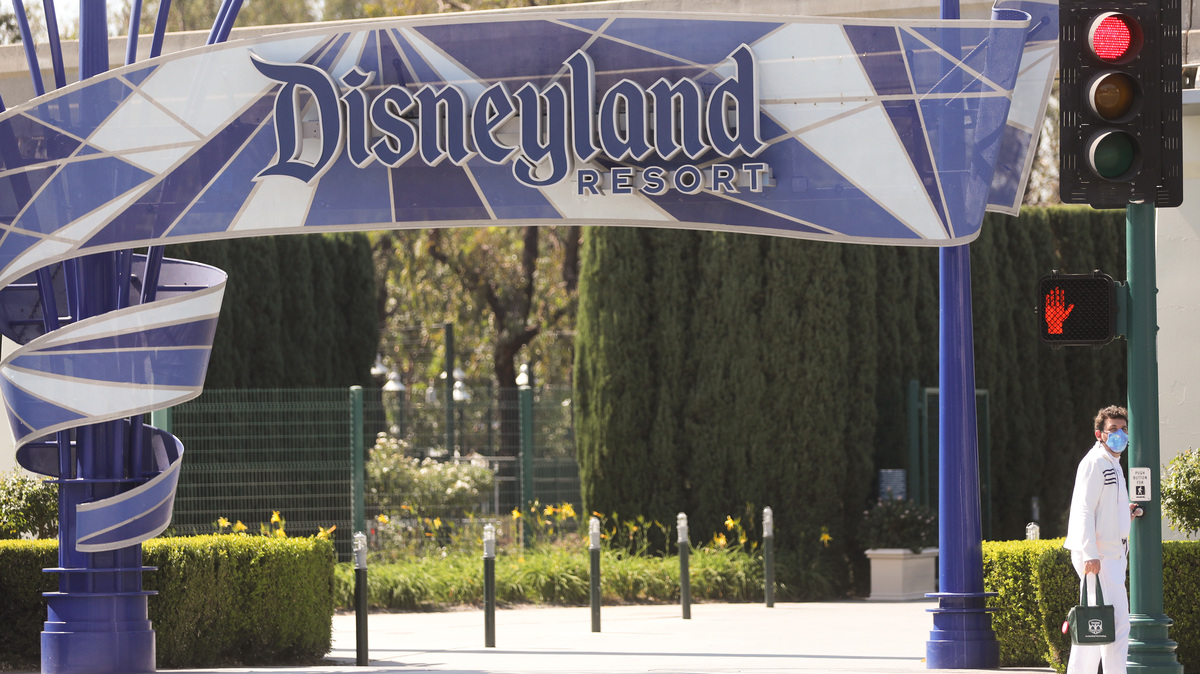 Disneyland and other California theme parks remain closed due to the coronavirus pandemic… even as theme parks in Florida have been open for months.

Theme parks in California say new state guidelines will keep them closed indefinitely, affecting hundreds of thousands of workers and businesses across the state. The presidents of Disneyland, Universal Studios Hollywood and other theme parks say they’re considering all options to speed their reopening, including potential legal action.

Theme park officials say they were blind-sided by California’s plan announced Tuesday. It doesn’t allow major parks to reopen until their counties reach what the state terms a “minimal risk” category. No Southern California counties are even close to that designation. In Orange County, home to Disneyland, a health official says it’s not likely until next summer.

Karen Irwin, the president of Universal Studios Hollywood says, “We don’t see the guidelines as based in science or facts. We’ve proven that we can operate our parks safely and responsibly.” She says the parks spent months developing protocols that would allow them to open while still protecting the health of guests and employees. They held extensive discussions with California health officials and hosted them on visits to parks in California and Florida.

Irwin says it was “incredibly disappointing” that promised feedback from those visits and continued discussion over reopening guidelines never materialized. Disneyland President Ken Potrock says in Florida the company spent hours showing health officials how guests were behaving and how employees were reinforcing safety protocols. “We do this or a living.” Potrock says. “We are expert operators and very, very strong in enforcing the behaviors we need our guests to adhere to.”

In Florida, Disney World’s four theme parks have been open with strict capacity limits since July. The director of the Health Department in the Orlando area, Dr. Raul Pino says initially, he was concerned about the possibility that reopening parks might spread the disease. But so far, he says, there haven’t been any outbreaks associated with them. Pino says Disney World, Universal Studios and other attractions in Orlando have worked hard to protect employees and guests. “Crowds can be controlled to a degree,” he says. “And the parks are very interested in providing a safe environment.”

In California, as in most of the country, the number of coronavirus cases is once again rising. But the state’s Health and Human Services Secretary, Mark Ghaly said he thinks eventually, Orange County, home to Disneyland, can get to the minimal risk category. “It will require a lot of vigilance,” Ghaly says. “It will require us to do testing, contact tracing and support isolation.” He doesn’t know when that’s possible, saying only, “I don’t have a crystal ball.”

California theme park officials say their main concern at this point is for the tens of thousands of people they employ directly and the many thousands of other businesses that depend on the industry. Last month, Disney announced it was laying off some 28,000 workers, mostly at its theme parks. This week, unions representing workers at Disneyland sent Governor Newsom a letter supporting reopening. Christopher Duarte is the president of Workers United local 50, representing about 7,800 food service employees. He says, “There is an avenue to reopen the park to guests that can be done in a safe manner. And that would actually bring our workers back to work.”

Polaris and Zero team up for electric off-roaders and snowmobiles

Polaris, maker of Indian Motorcycles, the segment-bending Slingshot three-wheeler and hugely popular off-road offerings like the RZR and Ranger, has teamed up with...

A woman, wearing a face mask as a preventive measure against the spread of the COVID-19 novel coronavirus, walks along the promenade at...

Microsoft board wants to find women, minorities who could replace CEO

Satya Nadella, CEO of MicrosoftCNBCMicrosoft has stated repeatedly said it's committed to boosting diversity. Now the company has strengthened that commitment by pledging...

Volvo says it will be ‘fully electric’ by 2030, move car sales online

Get a stimulus deal done

Google stock better than Facebook during vaccine recovery in 1H 2021