Economic Impact Has Been ‘Staggering Across The Board’ : Coronavirus Live Updates : NPR

Many Americans Plan To Move, Now That They Can Work...

Cruise Lines Can Sail Again From The U.S., But It’s... 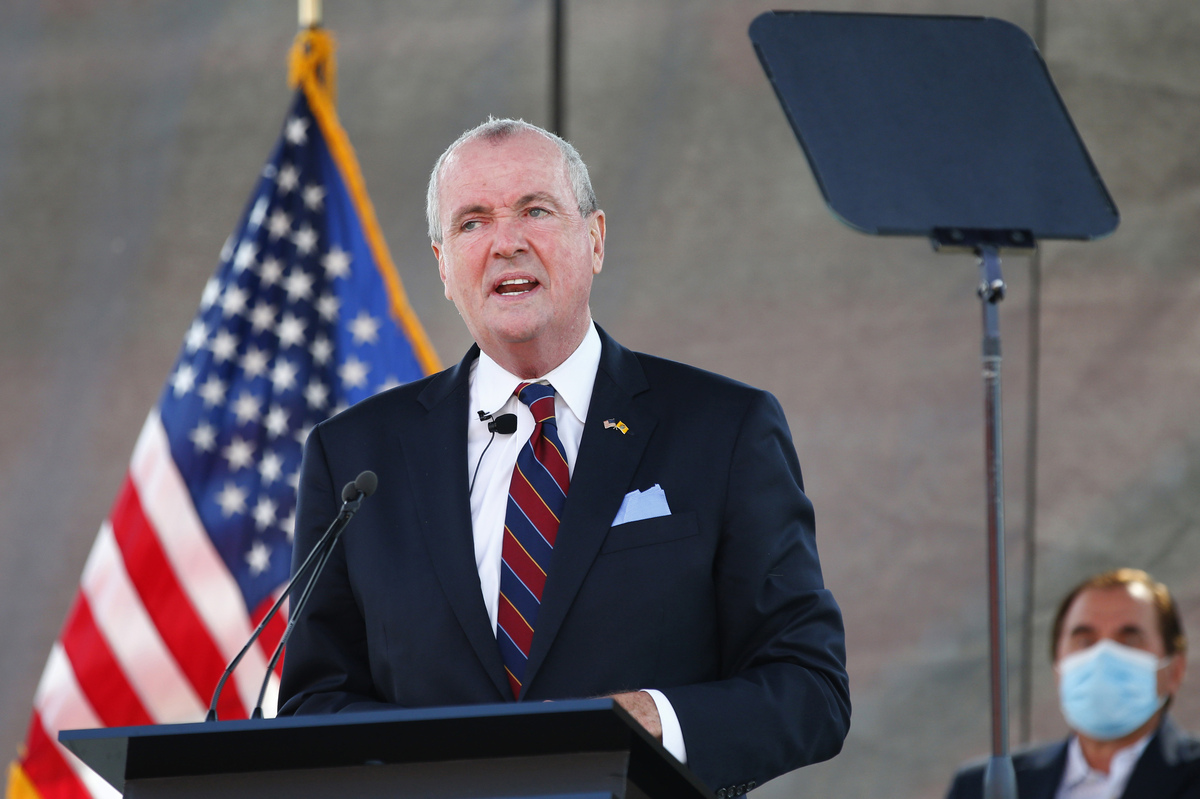 Faced with a huge boost in spending required to try to contain and manage the coronavirus — coupled with the huge drop in revenue due to the economic recession triggered by the pandemic — state governments are struggling.

In New Jersey, Gov. Phil Murphy, a Democrat, is managing the financial crunch, which he has said is rivaled only by the Great Depression and the Civil War.

Out of a population of about 9 million, Murphy says, there have been more than 1.5 million unemployment claims.

Of the estimated $500 billion needed by the states, New Jersey could need as much as $20 billion, says Murphy, who is also chairman of the Democratic Governors Association.

Murphy talked with NPR about the lack of progress in Congress on coronavirus relief funding, but why he remains optimistic, and what efforts he’s undertaking at the state level.

Congress has not made significant progress on another round of pandemic relief. I’m wondering what realistically you think you can expect?

I still hold out hope for a significant slug because this is long past the time when folks said, “Well, gosh, it was the Northeast blue states or the states with legacy structural deficits.” It’s quite clear that this is an American problem and it runs to red and blue states alike. And so I remain optimistic that we’re going to get something — frustrated for sure. … I’ve just put a [proposed] budget in place a couple of weeks ago … that has a lot of borrowing [$4 billion], which I don’t relish, but we have no choice. …

This is the time when we want to do everything we can to keep the services for the people who need them the most, in their hour of need, keep folks employed. It defies logic, which is perversely why I remain optimistic that something gets done here at some point, I hope soon.

Republican Majority Leader Mitch McConnell has said he doesn’t want states spending federal aid on “solving problems that they created for themselves over the years with their pension programs.” As of last year, I believe, New Jersey had the most underfunded government worker pensions in the country. What’s your answer to McConnell’s concern?

My answer is he’s wrong, unfortunately and as usual. I got elected actually almost three years ago to fix the economy. And part of that was to get our fiscal house in order. And we have made enormous progress. Now, there is still a long way to travel, but I would say to leader McConnell, we’ve got our pension issue under control. That’s not what this is about.

This is about keeping firemen, firefighters, police, first responders, health care workers, educators employed; delivering the services that our folks need them at this incredible hour of need. It’s about the pandemic, period. And let’s get moving in Washington and get something to the president to sign.

In the absence of more federal aid, let’s talk about what you’re doing. Your proposed budget includes about $1.25 billion in cuts. It also includes a tax hike on the wealthy. The New Jersey Chamber of Commerce president says it doesn’t do enough to help businesses and he says the state can’t recover unless its businesses recover. What’s your response to that?

We’ve already put hundreds of millions of dollars in the street for literally … 10,000 to 20,000 small businesses. We are a state where the small business community employs the bulk of the folks in our state. … We’re asking the wealthiest, the big corporations — not an “us versus them” class warfare here — we’re asking them to step up and help us, again in our hour of need. And among the folks who get helped — if they’re able to step up and we get those revenues — will be the small business community, will be the unemployed, the very folks who need this the most. The other challenge we have is … the pandemic didn’t create the inequities that we have in our society, particularly along racial lines, but they certainly have laid them bare, and that’s another area that we’re focused on addressing and investing in, shrinking sooner than later.

A quick question about something you propose called baby bonds. For every baby born in 2021 to families under a certain income threshold, the state would deposit $1,000 into an account that can be used when they turn 18. Why launch that in a year when you’re borrowing $4 billion to get through the crisis?

The simple answer is we can’t ignore tomorrow. As bad as this is right now, we’ve got to come out the other side of this. It’s why we invest in public education, infrastructure. And I love [that] this baby bond program disproportionately will impact communities and families of color.

The United States is "facing a whole lot of trouble" as coronavirus cases continue to surge across the country heading into the cold...
Read more

Australia's recent tensions with China led more companies to consider diversifying to other parts of Asia – rather than just focusing on the...
Read more

Coronavirus infection rates in New York will likely increase before the end of the year as a number of "fall stressors," like reopened...
Read more
TOP NEWS

Why China could be key to 5G upgrade ‘supercycle’

GUANGZHOU, China — Apple's iPhone 12 range with 5G connectivity is going to be very important in China and key to achieving what...
Read more
TOP NEWS

Miami resident Willie Mae Daniels, with granddaughter, Karyah Davis, 6, was laid off from her job as a food service cashier at the...
Read more

LVMH files countersuit against Tiffany in feud over $16 billion deal

LVMH said Tuesday it had filed a countersuit against Tiffany in a bid to walkaway from the $16.2 billion takeover that would have been the...
Read more

President Donald Trump won the final debate against Democrat Joe Biden, but that's not going to be enough to get him reelected, Republican...
Read more
BUSINESS

A man holding a phone walks past a sign of Chinese company ByteDance's app TikTok, known locally as Douyin, at the International Artificial...
Read more
TECH

Nintendo brings classic games including Super Mario 64 to the Switch