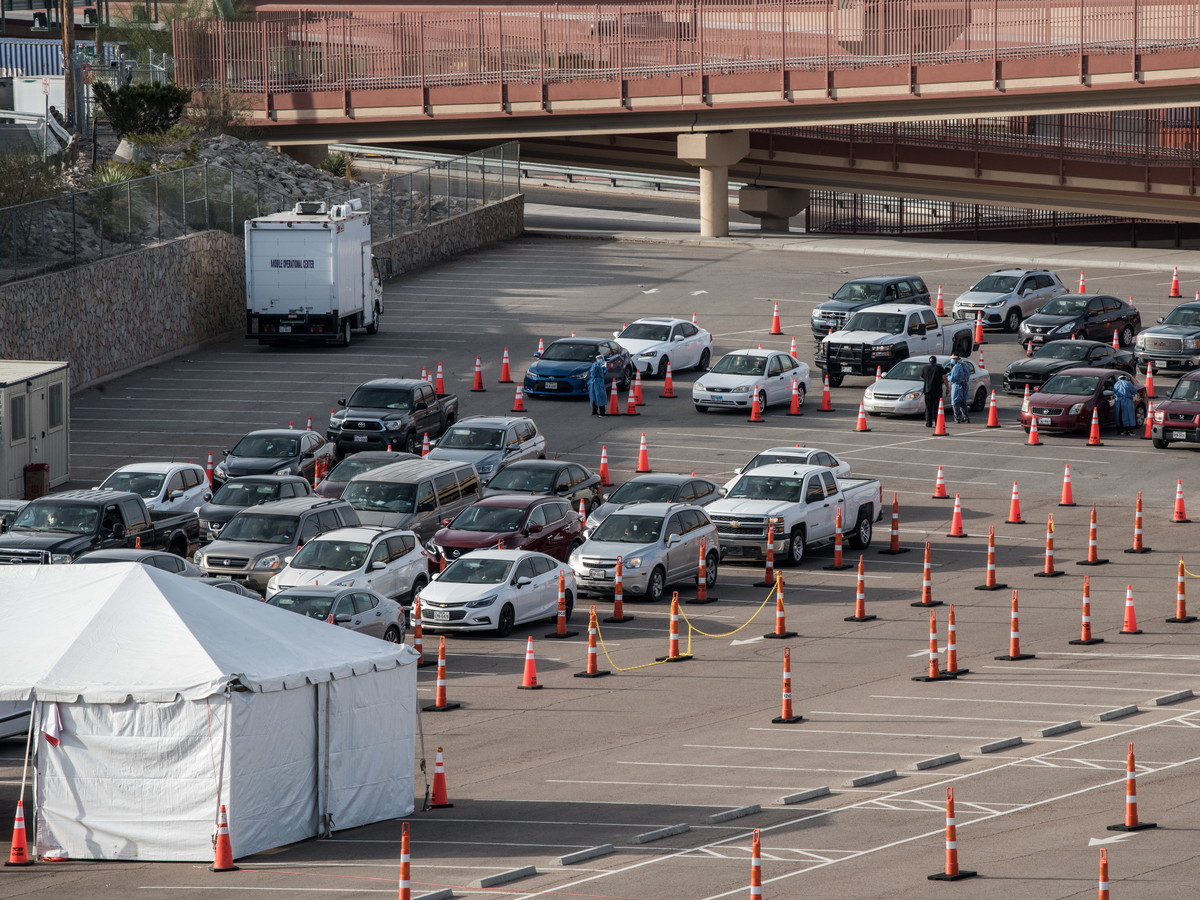 It is a stark reality for a city where coronavirus patients have been succumbing to COVID-19 at a rate faster than medical personnel can investigate their cases. El Paso sits along the U.S. southern border and is referred to as part of the Borderplex, along with Mexico’s Ciudad Juárez.

“People that die are under investigation, to see if they died of COVID and to discern whether or not they had other diseases. That holds back the process,” El Paso County Judge Ricardo Samaniego told local television station KFOX-TV.

“I think you’re going to see tremendous more deaths coming up in the next two to three days,” he said.

As of Sunday, Samaniego said, the county had a backlog of 85 bodies that still required a medical personnel investigation, according to the station.

“My understanding is that we just got our fourth one,” Samaniego confirmed to local TV station KVIA TV in El Paso Sunday afternoon, referring to the number of mobile morgues in place.

News of the additional morgue capacity emerged a day after Samaniego tweeted on Saturday that county officials were “working on creating more space” in the parking lot of the medical examiner’s office.

That move was part of the judge’s comments about the news that the county was receiving its third mobile morgue.

The County is currently working on creating more space at our Medical Examiner’s Office parking lot so that we can get a 3rd mobile morgue unit. If that doesn’t put our situation into perspective I don’t know what will. https://t.co/aSDHJfDx6S

“The County is currently working on creating more space at our Medical Examiner’s Office parking lot so that we can get a 3rd mobile morgue unit,” Samaniego said via Twitter.

“If that doesn’t put our situation into perspective I don’t know what will.”

This comes as Samaniego faces legal challenges from state officials who say he has no authority to impose a countywide shelter-in-place order that shutters nonessential businesses in El Paso and its surrounding areas.

The order, which went into effect just before midnight Friday, closes salons, gyms, tattoo parlors and in-person dining at restaurants. It is set to expire at the end of the day on Nov. 11.

The lawsuit asserts that Samaniego’s order is invalid because it goes beyond emergency orders already put in place by Texas Gov. Greg Abbott.

“Judge Samaniego did not have authority to issue emergency orders more restrictive than Governor Abbott’s,” the court filing states.

“Thus, his order usurps both the Texas Legislature’s ability to control who exercises legislative authority and Governor’s Abbott’s role as the designated individual responsible for meeting disasters on a statewide level,” it adds.

The governor’s measure also called for increasing “the occupancy levels for all business establishments other than bars to 75%.”

As of Monday morning, El Paso health officials have reported 51,536 confirmed coronavirus cases and 605 virus-related deaths. Those figures include 978 people who are hospitalized and 273 who are in intensive care units.

Honda Civic Full OverviewA lot of folks who aren't car enthusiasts tend to believe you're making a lot of compromises when you buy...

One Man’s Long Journey to an RA Diagnosis

German Chancellor Angela Merkel wears a protective face mask as she leaves after speaking to the media for her annual summer press conference...

McDonald’s to launch its fried chicken sandwich in the U.S. next year