Obesity Specialist Says BMI Is A ‘Good Measure’ For Vaccine...

University of Oregon are the current Pac-12 Champions, beating Stanford University in Dec. 2019. 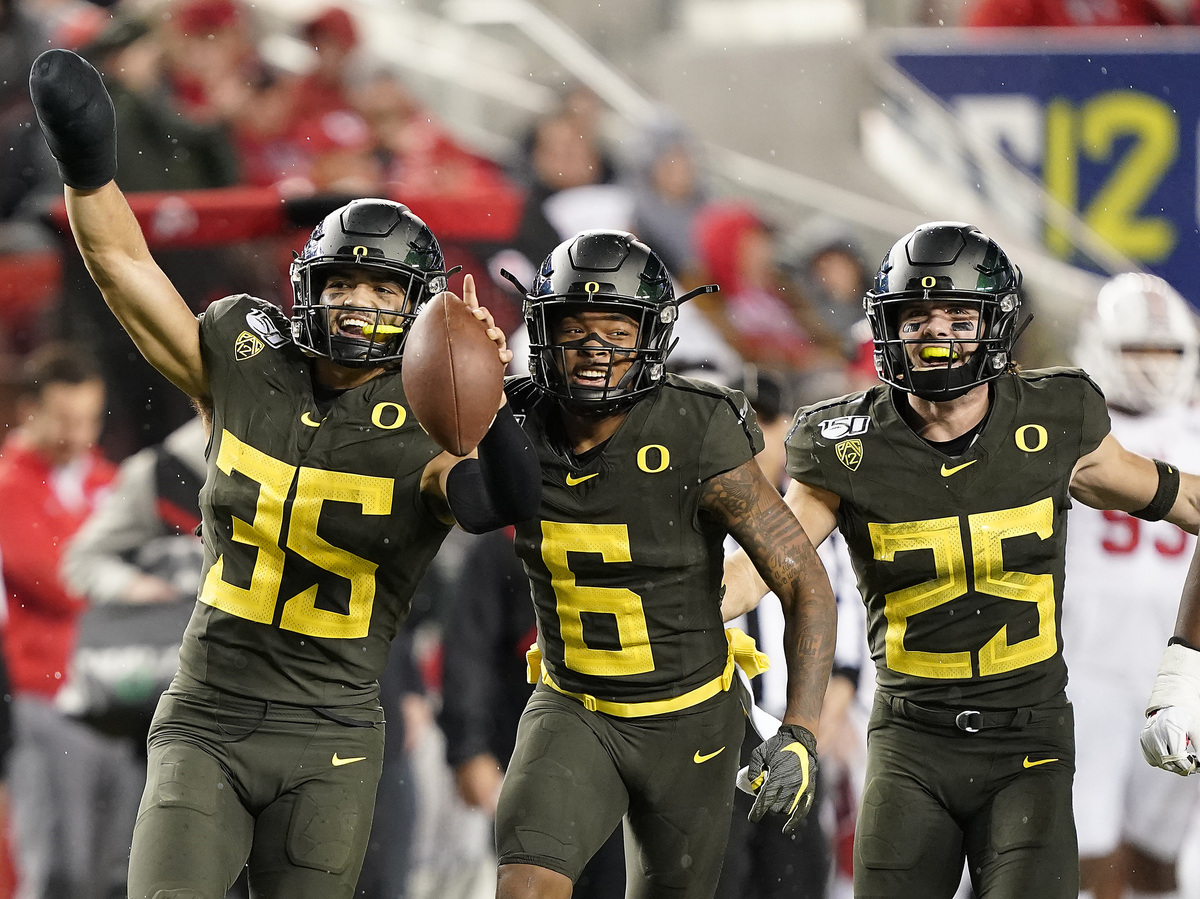 University of Oregon are the current Pac-12 Champions, beating Stanford University in Dec. 2019.

The Pac-12 has changed its mind about playing football, voting unanimously to start the 2020 season on Nov. 6.

The reversal by the Pac-12’s CEO group on Thursday comes about a month after the conference decided to halt all sports until Jan. 1 at the earliest in response to the coronavirus pandemic.

In a statement Thursday, officials said their concerns over players’ health and safety had been assuaged after arriving at a deal with COVID-19-test maker Quidel. New tests provided by the company, they said, will allow regular testing of players ensuring their well being.

“From the beginning of this crisis, our focus has been on following the science, data and counsel of our public health and infectious disease experts,” said Pac-12 Commissioner Larry Scott.

“Our agreement with Quidel to provide daily rapid-results testing has been a game-changer in enabling us to move forward with confidence that we can create a safe environment for our student-athletes while giving them the opportunity to pursue their dreams,” Scott added.

In May, the company’s initial coronavirus test met the FDA’s minimum of 80% sensitivity, meaning it could generate a false negative result 20% of the time, Science Magazine reported. But in July, the company shared data showing its COVID-19 antigen test has 96.7% sensitivity within five days of the onset of patient symptoms.

The conference, which includes elite sports programs Stanford, UCLA, USC and University of Oregon, will play a seven-game football season with the Pac-12 Championship Game scheduled for Dec. 18. No fans will be in the stands.

Further details about the football schedule will be released in the coming days, according to the statement.

The move follows a similar decision by the Big Ten, which announced on Sept. 16 that it plans to play, starting in late October.

Both conferences, which rake in millions for universities, faced immense pressure to return to the field, even in light of the potential medical risks to student athletes. As NPR’s Tom Goldman reported, “There was growing concern about heart inflammation called myocarditis in athletes who tested positive. It can cause arrhythmias and sudden death in athletes taking part in strenuous exercise.”

“We’re still concerned that it can be an issue, and there will be more, you know, cases of confirmed myocarditis in young athletes who are infected with COVID,” Drezner said. But, he added, “if we can identify them, then we can hopefully manage them very safely.”

The Pac-12 will also resume its basketball and winter sport seasons. The conference will reconsider as early as January the idea of letting fans attend.

Firefighters in Los Angeles recently received an RS3, but it's not the Audi-badged kind that offers a sonorous five-cylinder engine and Quattro all-wheel...

Our long-term 2019 Subaru Forester Touring’s interior is one area we wanted to really hone in on over a number of months with...

Reston Ebolavirus spreads efficiently in pigs. RESTV can infect humans but is not known to cause disease. Now the scientists express concern that pigs...

Reston ebolavirus (RESTV) should be considered a livestock pathogen with potential to affect other mammals, including people, according to National Institutes of Health...

Financials, China, bitcoin should get boost from rising yields: BTIG

China’s digital health care start-ups get a boost from the coronavirus, Beijing and investors

Beyond Meat and PepsiCo form venture to make plant-based products

Coronavirus restrictions are the ‘biggest near term risk’: UBS

Taboola and Outbrain end talks to merge after nearly a year