A shipment of COVID-19 vaccines from the COVAX global program arrived at the Kotoka International Airport in Accra on Wednesday, as Ghana received the group’s first vaccine shipment. 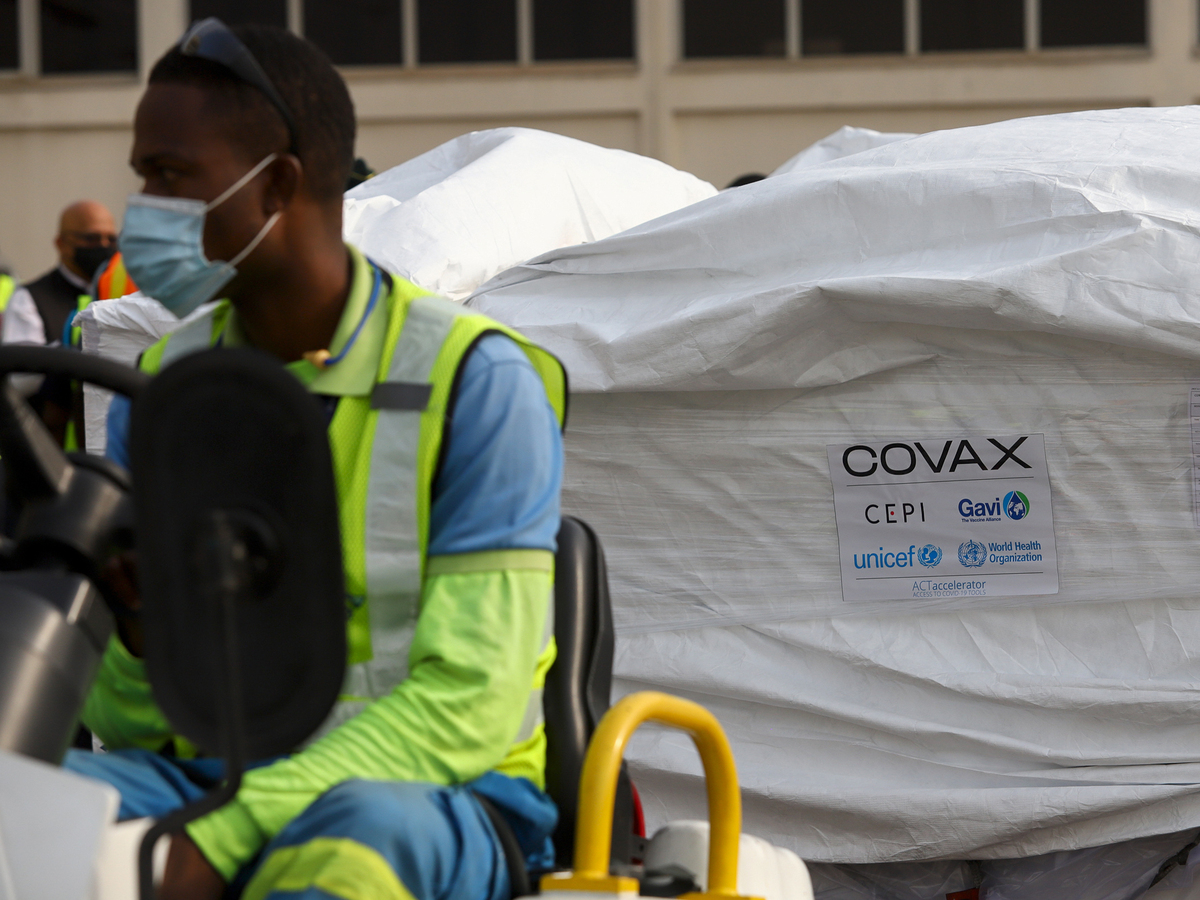 A shipment of COVID-19 vaccines from the COVAX global program arrived at the Kotoka International Airport in Accra on Wednesday, as Ghana received the group’s first vaccine shipment.

The first wave of coronavirus vaccines from the COVAX initiative are now reaching their destinations. Ghana became the first country to receive the vaccine on Wednesday, marking an important step for the international effort to help low- and middle-income countries cope with the COVID-19 pandemic.

As the first round of allocations continues to roll out, more countries will receive their own doses in coming days, according to the World Health Organization, a leader of the initiative. In all, the COVAX alliance hopes to deliver nearly 2 billion doses of the vaccines this year.

The 600,000 doses of the AstraZeneca-Oxford vaccine that arrived in Ghana were produced by the Serum Institute of India. Along with the initial shipment to Accra, more deliveries are expected to arrive in Abidjan, Cote d’Ivoire, this week, according to the WHO. The vital supplies will also include the Pfizer-BioNTech vaccine.

The shipments are the start of “what should be the largest vaccine procurement and supply operation in history,” according to a joint statement by WHO Representative to Ghana Dr. Francis Kasolo and UNICEF’s representative in Ghana, Anne-Claire Dufay.

“After a year of disruptions due to the COVID-19 pandemic, with more than 80,700 Ghanaians getting infected with the virus and over 580 lost lives, the path to recovery for the people of Ghana can finally begin,” Kasolo and Dufay said.

The COVAX initiative was created to boost equitable access to COVID-19 vaccines, particularly for lower-income countries. Through donations, licensing and build purchases, COVAX helps those countries acquire vaccines — something they’ve struggled to do, as wealthy countries compete with each other to buy the limited number of vaccines worldwide.

“We will not end the pandemic anywhere unless we end it everywhere,” said WHO Director-General Tedros Adhanom Ghebreyesus. “Today is a major first step towards realizing our shared vision of vaccine equity, but it’s just the beginning.”

As the WHO’s Dr. Katherine O’Brien, who directs the WHO’s Department of Immunization, Vaccines and Biologicals, told NPR earlier this month, “We’re in a situation where we have 108 million doses of vaccine that have been distributed worldwide, but 75% of those doses have gone to just 10 countries.”

For nearly all of the COVAX initiative’s existence, the U.S. did not join the coalition. But President Biden has reversed that course, and the U.S. recently announced it would send some $4 billion in contributions to COVAX.

Medical workers move a patient at the intensive care unit (ICU) of the Sotiria hospital, amid the coronavirus disease (COVID-19) pandemic, in Athens,...

Nurses at the Royal Free Hospital, London, simulate the administration of the Pfizer vaccine to support staff training ahead of the rollout, on...

Hi! We notice you're using an ad blocker. Please consider whitelisting Autoblog. We get it. Ads can be annoying. But ads are...

Daimler will shrink with shift to electric, autonomous cars

FRANKFURT — Daimler will be a smaller company five years from now, focused on capturing recurring revenues with software-based services as Mercedes-Benz seeks...

Here’s how deciding who qualifies could change

U.S. will remain richer than China for the next 50 years or more: EIU

Elon Musk is now the richest person in the world, passing Jeff Bezos