China To Set Up ‘Line Of Separation’ On Mount Everest,...

A judge has blocked an emergency order issued last week by Democratic Gov. Tony Evers’ administration that caps the capacity of bars and other indoor establishments. 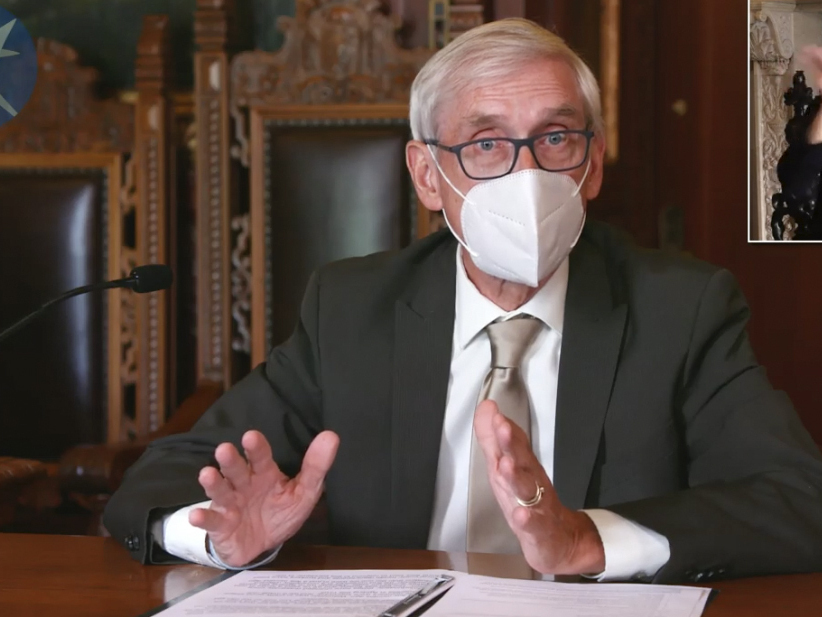 A judge has blocked an emergency order issued last week by Democratic Gov. Tony Evers’ administration that caps the capacity of bars and other indoor establishments.

A Wisconsin judge has put a temporary hold on an order by Gov. Tony Evers’ administration that limits the capacity of bars, restaurants and indoor spaces amid record numbers of coronavirus cases in the state.

The state health department’s emergency order capped indoor public gatherings to no more than 25% of the total occupancy limits for the room or building, with exceptions for schools, childcare, healthcare and long-term care facilities.

The order from Sawyer County Circuit Judge John Yackel blocks the new rules, which went into effect on Thursday.

The case was brought by the Tavern League of Wisconsin, the Sawyer County Tavern League, and the Flambeau Forest Inn.

The plaintiffs argued in their lawsuit that if the emergency order is enforced, “it will result in a devastating loss of customers, sales, and revenue that will put Plaintiff Flambeau [and other similarly situated establishments] substantially or entirely out of business.”

A court date has been set for Monday, and the judge’s action requires attorneys for the Wisconsin Department of Health Services to appear in court and defend the order.

The state saw record numbers of both coronavirus cases and deaths on Tuesday: 3,279 new confirmed cases and 34 newly reported deaths.

Wisconsin Public Radio reports on the political context of the case:

“The Tavern League[‘s] … lawsuit argues the court should throw out the Evers administration’s latest emergency order because it wasn’t created through the emergency rulemaking process, a process requiring state lawmakers to approve any restrictions on people and businesses during the pandemic. Using the process would essentially give the GOP-controlled Legislature veto power over any restrictions.

“The Evers administration has argued its powers to act unilaterally to respond to the COVID-19 pandemic haven’t expired, because status of the pandemic has changed drastically in Wisconsin. Gov. Tony Evers has issued three states of the emergency responding to the pandemic in Wisconsin since March, which can last for a maximum of 60 days.”

In a radio address last week, the Democratic governor explained why the new restrictions are necessary.

“Trust me folks, I know we are all tired. We are all frustrated. And we just want to get back to our Wisconsin way of life — you and me both,” Evers said.

“We need everyone to change their behaviors and work together so that we can get back to some sort of normal, for our kids, for our small business owners, for our workers, and of course for each other. It is simply not enough to only wear a mask. We need everyone to take further action to help stop the spread of this virus and flatten the curve.”

Foods that fight inflammation – Harvard Health. This is your number 1 tip for basic general health, and also combats viruses.

Facebook is increasing its focus on the small business community, launching a new interface called "Business Suite" on Thursday which is targeted at...

After a substantial decline last week, the number of borrowers in coronavirus-related mortgage bailout programs dropped by a lot less this week. It's...

Why Jeff Bezos sets aside time to ‘putter’ every day

The U.K. has identified a new Covid-19 strain that spreads more quickly. Here’s what they know

Earnings season has been ‘far better’ than expected

Unlike Elon Musk, I’m not a Mars person