Chairs are stacked outside a closed Ruby Tuesday restaurant at Orlando Intercontinental Airport on May 24, 2020. 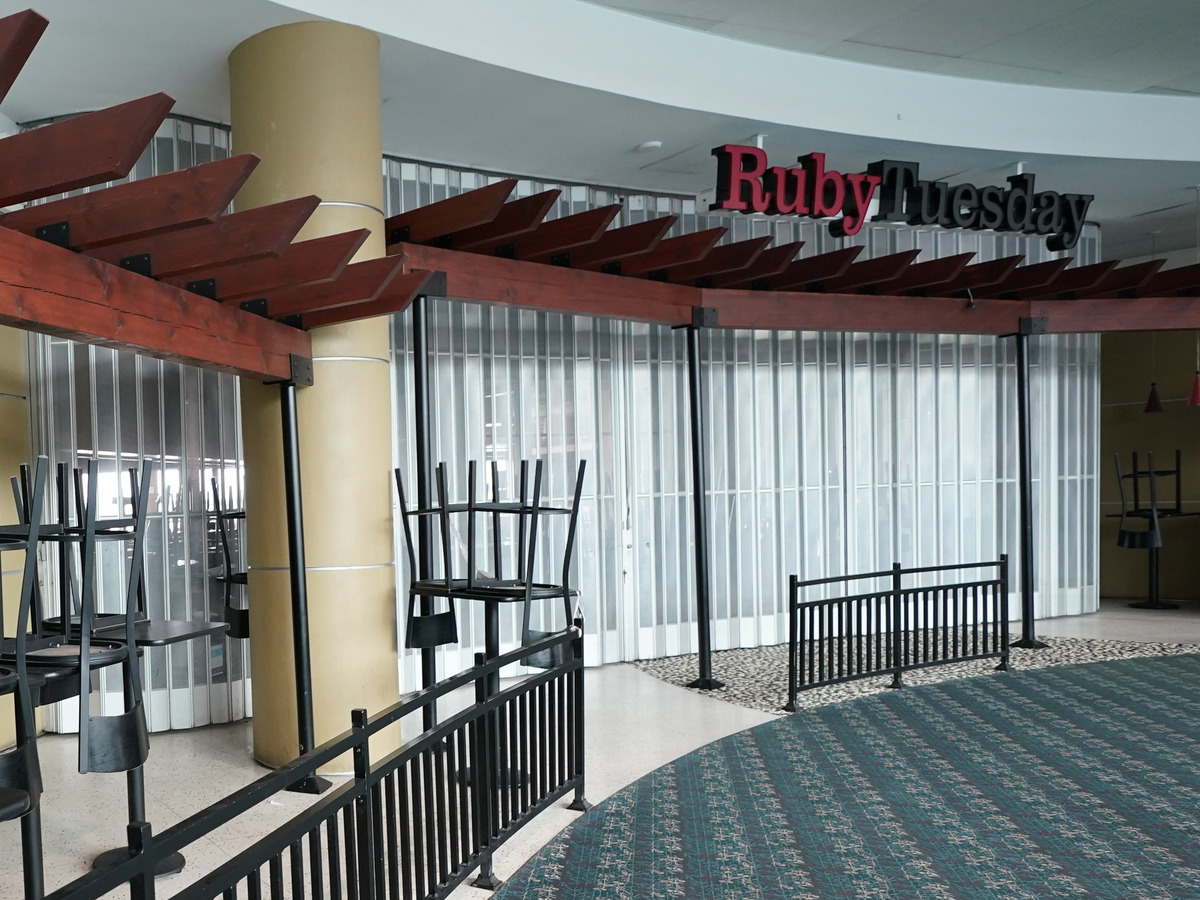 Chairs are stacked outside a closed Ruby Tuesday restaurant at Orlando Intercontinental Airport on May 24, 2020.

Ruby Tuesday is the latest food chain to crumble under the pressure of the coronavirus pandemic.

The company filed for bankruptcy protection on Wednesday, hoping to restructure and emerge financially stronger. Ruby Tuesday CEO Shawn Lederman told the court that the chain does “not intend to reopen 185 of their restaurants that were closed during the pandemic.”

Lederman said the company currently has 236 open dining rooms, though with seating and other restrictions. A spokesperson told NPR the company did not anticipate any additional closures.

The Tennessee-based casual chain is joining many others struggling to stay relevant against a growing roster of fast-food and fast-casual rivals, finally pushed into bankruptcy by the loss of business during the pandemic. Lederman’s court filing also cited declining mall traffic and the growing popularity of meal kits, grocery and food delivery.

“This announcement does not mean ‘Goodbye, Ruby Tuesday’ but ‘Hello, to a stronger Ruby Tuesday’,” Lederman said in a statement announcing the bankruptcy, riffing off the lyrics of a Rolling Stones song that predates the restaurant’s founding in 1972.

“The almost complete elimination of in-store dining, which historically has represented over 90% of the Company’s total sales, struck at the heart of the Company’s business model,” he wrote in a court filing.

So far this year, a number of casual sit-down restaurants have sought bankruptcy protection, including the parent company of family-oriented Chuck E. Cheese, steakhouse chain Sizzler and California Pizza Kitchen. The largest U.S. franchisees of Pizza Hut and Golden Corral have also filed for bankruptcy.

Ruby Tuesday’s debt is between $100 million and $500 million, according to its filings in a Delaware bankruptcy court. Earlier this year, Ruby Tuesday became one of the corporations that faced backlash after receiving $10 million in federal loans through the the Paycheck Protection Program, billed as pandemic support for struggling small companies.

How to use Signal instead of WhatsApp

Was FDA Lax in Approving Opioids Too Easily?

Traders work on the floor of the New York Stock Exchange.NYSEThe case for stocks to carry higher through the end of the year...

Final trading day of the year

LONDON — European markets closed lower on Thursday, the final trading day of a year dominated by the coronavirus pandemic and extraordinary stimulus...

A New Age’ will be a ‘non-event’ at the box office, analysts say

Here’s how much Apple has on hand