Sales of previously owned homes jumped more than 20% in September from a year earlier, but sales of homes costing more than $1 million more than doubled. 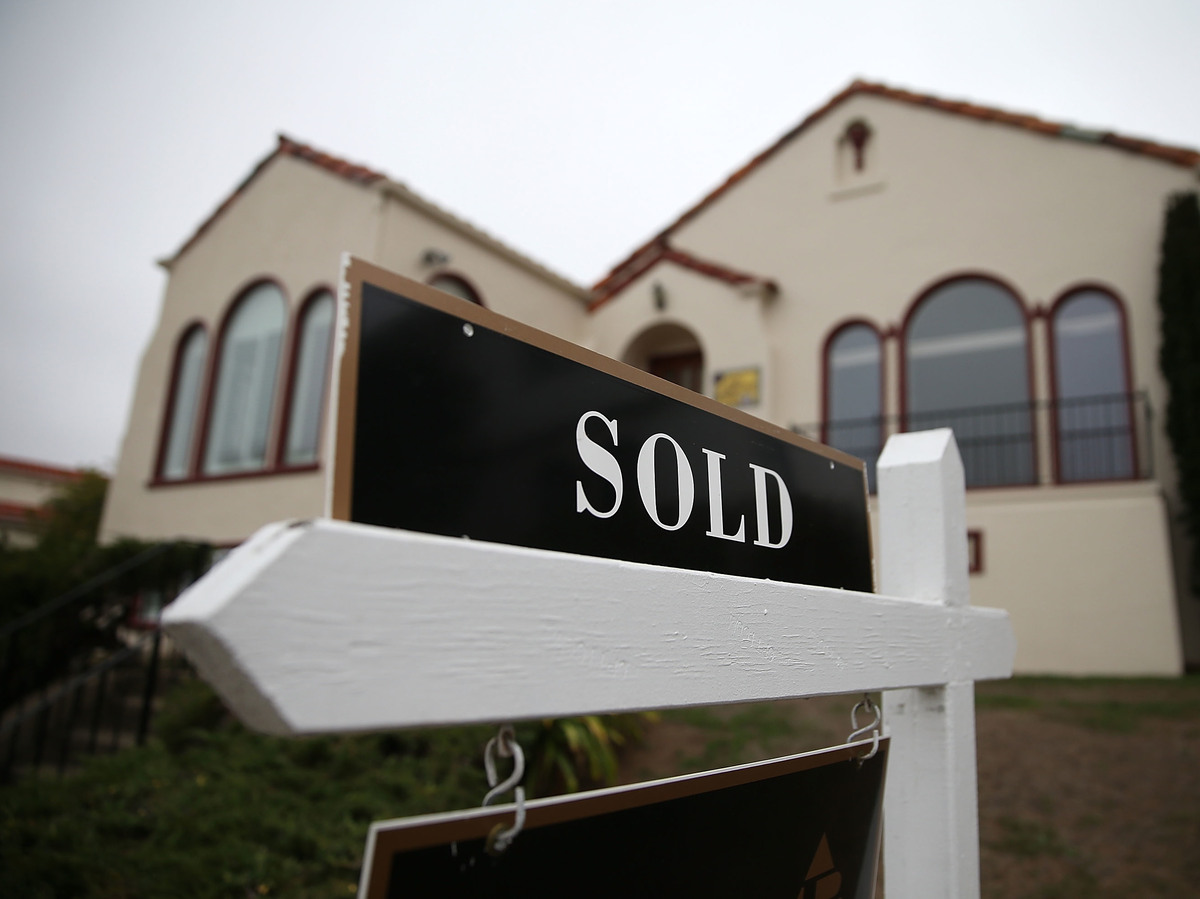 Sales of previously owned homes jumped more than 20% in September from a year earlier, but sales of homes costing more than $1 million more than doubled.

The pandemic is driving a major boom in the housing market that’s breaking all kinds of records and exposing a very uneven economic recovery between the have and the have-nots. The most dramatic increases are happening at the top end of the market — sales of homes costing $1 million an up have more than doubled since last year.

Millions of people are working from home while juggling their kids’ remote schooling. And many who can afford to are buying bigger houses.

Home sales in September were up more than 20% from a year ago, according to the National Association of Realtors. And median home prices hit a record $311,800. That’s about $40,000 more than just a year ago. 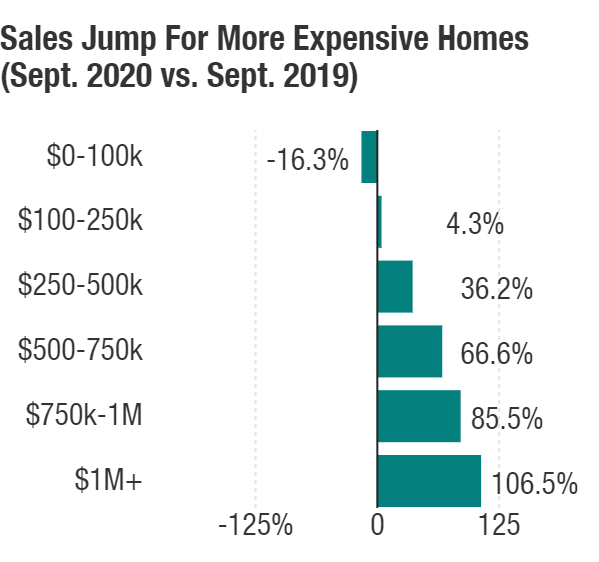 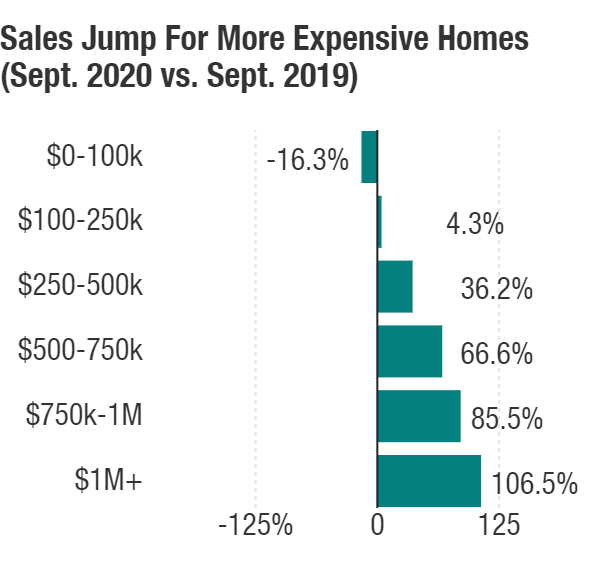 “It is great news for homeowners as they are seeing equity rise and rise,” says Lawrence Yun, the chief economist for the Realtors group. But he says prices are rising too fast. Generally, he says, economists like to see home prices climb in line with people’s wages. But in recent years, home prices have been rising much more quickly.

He worries that if the trend continues, the country will see a further “divergence in society where you have the haves, with homeownership gaining their equity, and those people who would like to become homeowners continually being frustrated, unable to reach that goal of owning a home.”

Low interest rates are helping to drive sales and push up prices. But Yun says the biggest reason home prices are rising so fast is that there just aren’t enough homes on the market. Following the housing crash more than a decade ago, builders were building far fewer homes than usual. And that’s created record low inventories of homes.

The National Association of Realtors says there are fewer homes on the market today than it’s ever seen in records going back to 1982. And when a home comes on the market it doesn’t stay there long before it’s sold — an average of just 21 days, Yun says.

“That is the fastest ever recorded in our monthly series,” he says.

In fact, a lot more homes would be selling if there was more inventory, says Mike Fratantoni, the chief economist for the Mortgage Bankers Association. “The primary constraint to even more sales is the plummeting inventory of homes on the market, which is leading to bidding wars and spikes in home prices across the country,” he says.

“Fortunately, we are seeing a pickup in the pace of construction,” he says, “which should bring more inventory onto the market for next year’s buyers.”

Clearly though, for buyers where cost is less of an issue, sales are very strong. In fact, the more expensive the house, the bigger the increase in sales on a percentage basis.

Yun says he’s never seen that happen before. But he thinks it shows that people with the resources to do it, “they are just going all in” — buying bigger homes to help ride out the pandemic, sometimes in resort towns.

Moonroof vs. Sunroof: Is There a Difference Between the Two Roof Types?

In the beginning, no cars had roofs. Then the newfangled machines gained folding canvas tops, some with clear side curtains. Then Cadillac became...

Global carbon emissions dropped 7% due to COVID in 2020

A locked-down, pandemic-struck world cut its carbon dioxide emissions this year by 7%, the biggest drop ever, new preliminary figures show. The Global...

Ford's new 14th-generation F-150 might be around for longer than its predecessor thanks in part to its over-the-air (OTA) software updating system. This...

Getting to the Bottom of the Runner’s High

Everything you need to know before Disneyland reopens on April 30