The study is still awaiting final regulatory approval. If given the green light, a study in which human volunteers will be infected with the coronavirus will begin in January at a biosecure unit at London’s Royal Free Hospital. 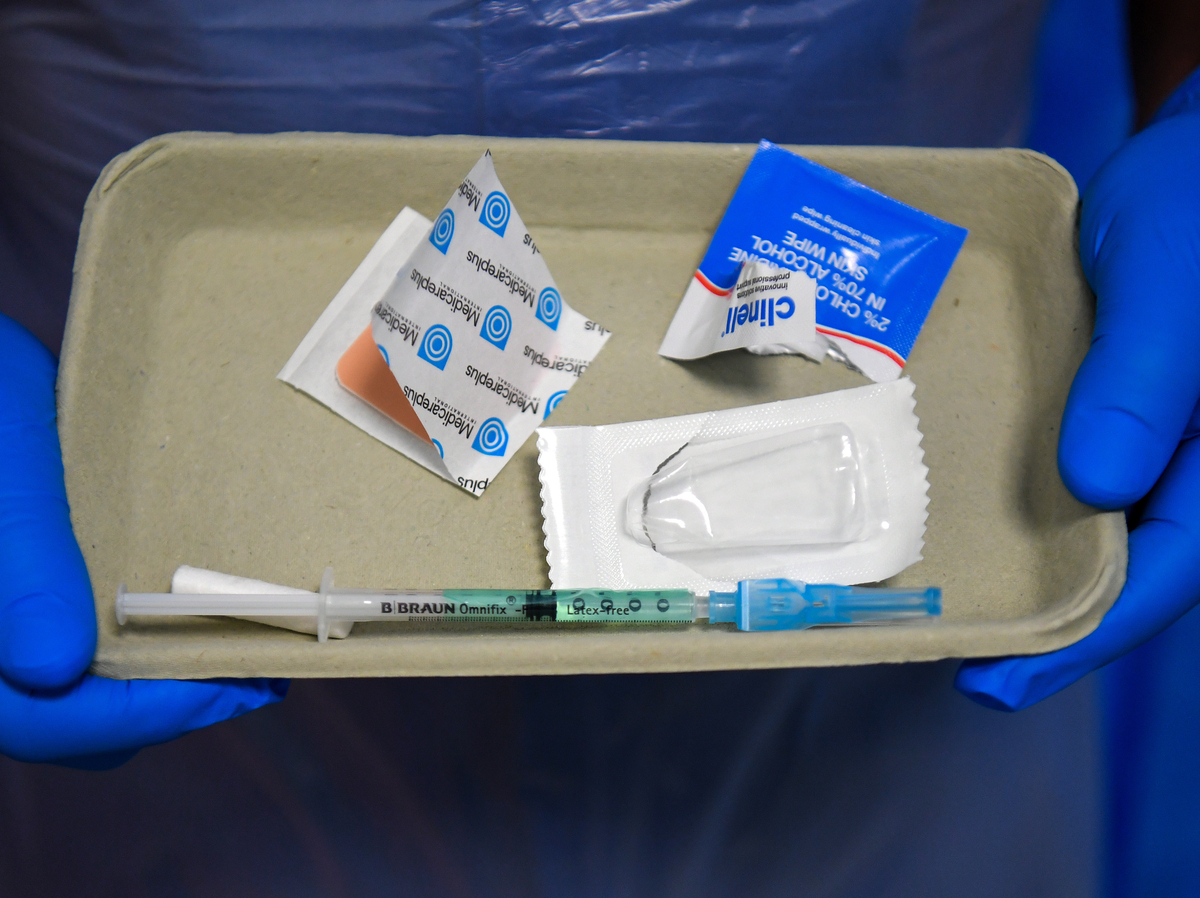 The study is still awaiting final regulatory approval. If given the green light, a study in which human volunteers will be infected with the coronavirus will begin in January at a biosecure unit at London’s Royal Free Hospital.

Researchers in Britain are preparing to start a controversial COVID-19 “human challenge” study in which dozens of healthy volunteers will be exposed to live coronavirus in an effort to speed up vaccine development.

The Human Challenge Programme will be conducted by Imperial College London, which said Tuesday in a statement that it would be working in cooperation with the Department for Business, Energy and Industrial Strategy, the Royal Free London NHS Foundation Trust, and hVIVO, a clinical company that has worked on viral human challenge models.

The U.K. government is preparing to invest $43.4 million (33.6 million pounds) in the study, which is the first of its kind involving the coronavirus.

The plan is to recruit healthy people between the ages of 18 and 30 with no prior history of COVID-19 symptoms and no known risk factors for the disease. Researchers would inoculate them with a candidate vaccine, then test its effectiveness by deliberately exposing them to live coronavirus.

The study is still awaiting final regulatory approval. If it is given the green light, it will begin in January at a biosecure unit at London’s Royal Free Hospital. Volunteers will be quarantined in the facility and receive a laboratory-grown SARS-CoV-2 strain as part of the trial. They will be monitored around the clock for a few weeks.

Such studies are controversial because they raise ethical concerns. However, proponents say they can speed up vaccine development and, ultimately, save lives.

“No study is completely risk free, but the Human Challenge Program partners will be working hard to ensure we make the risks as low as we possibly can,” lead researcher Dr. Chris Chiu from Imperial College London said in the statement.

“The UK’s experience and expertise in human challenge trials as well as in wider COVID-19 science will help us tackle the pandemic, benefiting people in the UK and worldwide,” he said.

“Participants in the initial study will be carefully selected to exclude anyone with a characteristic that has been shown to increase the severity of COVID-19 infection,” hVIVO said in a statement.

Many vaccines have been tested in fast-tracked human challenge studies, ranging from seasonal flu to cholera and typhoid. The World Health Organization has issued guidelines for such research.

Belgium is looking into conducting similar trials involving coronavirus. The U.S. National Institute of Allergy and Infectious Diseases is funding the development of two SARS-CoV-2 challenge strains at a lab at Colorado State University in Fort Collins, according to Nature, and NIAID is reportedly awaiting data from Phase III vaccine studies before making decisions on COVID-19 challenge trials.

In the first part of the U.K. study, researchers will try to determine the smallest amount of virus required for a person to develop COVID-19 and elicit an immune response. That phase is scheduled to be wrap up sometime next year.

“The proportion of participants becoming infected and the amount of virus that they subsequently shed will be tracked to better understand the course of infection,” Imperial College London said in the statement.

“There is much we can learn in terms of immunity, the length of vaccine protection, and reinfection,” she said in a statement, according to The Associated Press.

A nonprofit group called 1Day Sooner has already attracted more than 38,500 volunteers in more than 165 countries to take part in such studies.

“I would be lying if I said there’s not like an underlying worry there or fear there because this virus is less than a year old,” Chris Holdsworth, 25, who is seeking a doctorate at the University of Edinburgh and says he would be willing to participate, told The Guardian. “But at the same time I just try to contextualize the risk, without trivializing it.”

See the Full Model OverviewLess is more. Well, maybe. In the case of the 2021 Land Rover Defender 90, less is most definitely...
Read more

Biden to push for more payments in next Covid plan

US President-Elect Joe Biden delivers remarks before the holiday at The Queen in Wilmington, Delaware on December 22, 2020.Alex Edelman | AFP |...
Read more

Tesla CEO Elon Musk cut the price of the company's flagship sedan, the Model S, for the second time within one week on...
Read more

Sergei Karpukhin | ReutersRussia and other major oil producers must regain, and even increase, their share of the oil market once demand returns,...
Read more

It will take ‘years to catch up’ from lost 2020 revenues

Los Angeles Dodgers President and CEO Stan Kasten told CNBC on Tuesday that it will take the franchise years to overcome the lost...
Read more
BUSINESS

WhatsApp and Messenger are highly popular messaging apps.Justin Sullivan | Getty ImagesThe EU appears to be laying the groundwork for a move against...
Read more
TECH