An employee adjusts desks in an empty classroom in New Delhi after schools there were closed in March. A new report finds 1 in 4 countries have either missed their planned school reopening date, or not yet set one. 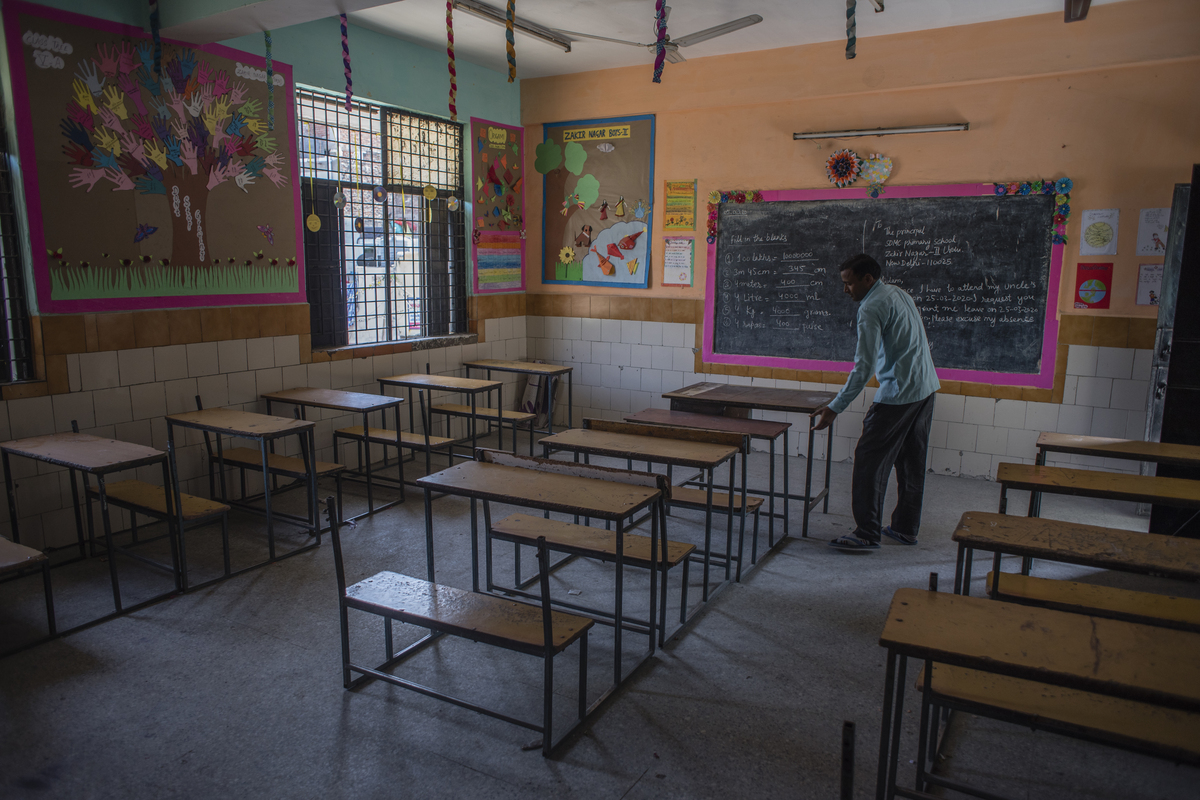 An employee adjusts desks in an empty classroom in New Delhi after schools there were closed in March. A new report finds 1 in 4 countries have either missed their planned school reopening date, or not yet set one.

In April, 9 in 10 of the world’s children were out of school in an effort to stop the spread of the coronavirus. Several months later, a new report from UNESCO, UNICEF and the World Bank finds the return to learning has been much slower in the world’s poorer countries.

These findings are in line with another recent analysis by the foundation Insights for Education, which estimated that nearly half of the world’s 1.6 billion primary and secondary students would not return to school before the end of 2020. According to that analysis, 84% of the students who won’t return to school live in low-income countries.

For decades, the development community has been working to get more children into schools. Formal learning is seen as key to economic progress and political freedom, and the education of girls and women has even been identified as a major building block in the fight against climate change.

In recent years, according to the United Nations, the world was moving in the right direction, with more and more children in school. Now that progress seems to have reversed, at least temporarily. According to UNESCO, more than 250 million children were out of school just before the pandemic, a number they say is likely to jump nearly 10 percent this year.

What Dr. Fauci can do now that he is fully vaccinated against Covid

Camping with a Rooftop Tent

Over the past few years, I've been fortunate enough to travel, camp, and film all around the World. Usually, I sleep inside a...

Jay Clayton, who has led the Securities and Exchange Commission for the past three and a half years that included a number of...

Volkswagen confirmed this week that it has plans to build lower-cost ID electric car models beneath the planned ID.1 and ID.2, with more...

Not all of China is recovering from coronavirus hit at the same rate, survey finds

Four ways consumer spending will change once people are vaccinated

What went down in markets during Bush-Gore battle